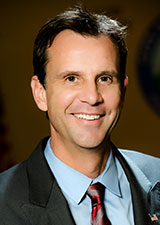 These last few months have been a roller coaster of emotions. We plunged into a pandemic the likes of which have not been seen for a century and endured weeks upon weeks of restrictions and uncertainty. Then just as the restrictions began to lift, the murder of George Floyd at the hands of Minneapolis Police Officers ignited protests across the nation and around the world.

Here in Santa Clarita, the protests have been peaceful and have mobilized a new generation of activists speaking out about police violence and systemic racism. These voices have spoken out from our street corners, in front of our Sheriff’s Station, from the front lawn of City Hall and during our City Council Meetings. They have given a voice to the minorities who have experienced discrimination in our community. To those voices, I want you to know – we hear you.

We hear you, and we are listening to you. Since these protests began, I have met with dozens of residents who felt compelled to speak with me to share their stories, discuss the racism they have experienced in Santa Clarita and come up with meaningful steps we can take together to address these issues.

We have already begun the steps toward reactivating our Human Relations Forum with the William S. Hart Union High School District to start enacting long term change. Together we will create policies and reforms specific to Santa Clarita. The people I have spoken with and members of this new group will help inform and guide this change so we can become a more inclusive community.

Santa Clarita is a changing community, and I believe our growing diversity makes us stronger. I want to reinforce what I said at June’s City Council meeting:

All people are welcome

Every voice should be heard

By working together and listening to one another, we can affect lasting change and commit to treating all of our neighbors with respect and dignity.

Mayor Cameron Smyth is a member of the Santa Clarita City Council and can be reached at
CSmyth@santa-clarita.com.