The five-member Parks, Recreation, and Community Services Commission meets on the first Thursday of the month, at 6:00 p.m. in the City Council Chambers. Members of the public wishing to address the commission may do so by completing a speaker's slip upon arrival at the meeting. There is a three minute time limit per person. 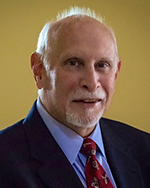 Victor Lindenheim and his wife Madeline have been residents of Santa Clarita since 2004.  Victor’s familiarity with the broader issues and opportunities facing Santa Clarita is based on personal and professional participation in, and interaction with, local government, non-profit agencies and the business community, including:  the Child and Family Center Foundation, Santa Clarita Valley Economic Development Corporation, the Chamber of Commerce, Valley Industry Association of Santa Clarita, Senior Center, Domestic Violence Center, Habitat for Humanity, and Bridge to Home.  He is also a member of the Blue Ribbon Committee of the Castaic Lake Water Agency.  Currently, Victor is the executive director of the Golden State Gateway Coalition, a transportation advocacy organization seeking to improve mobility, safety and goods movement in the Santa Clarita Valley by adding capacity to Interstate 5.  In addition to working closely with the City on transportation matters, Victor serves as co-chairman of the Santa Clarita Valley Chamber of Commerce Government Affairs/Transportation Committee.

Victor’s knowledge and understanding of Santa Clarita’s parks, recreational amenities and community services comes from his direct experiences as a resident utilizing the City’s resources:  walking and biking the parks and paseos, participating in community events, and taking courses offered by the City.  As a Commissioner, he sees it is his duty to learn and stay abreast of what the residents of Santa Clarita want.

Victor believes that availability and access to parks, trails and other recreational facilities are important to the health and outlook of a community and its residents. Having grown up in an environment where these amenities were lacking, he sincerely appreciates what Santa Clarita offers.  Victor believes these facilities must be maintained and expanded as the community grows, while allowing access to residents of all ages and physical abilities. 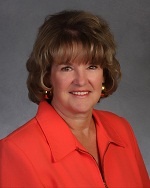 Dianna retired from the City of Santa Clarita in April 2009 and is deeply pleased to have the opportunity to utilize her knowledge and experience in Parks, Recreation, and Community Services as a Commissioner. Dianna moved to Santa Clarita in 1994. She treasures the fact that her three sons are growing up in a community where people take pride in where they live and partner with a city that values excellence. This combination is the reason Santa Clarita is a great place to live, work and play!

Dianna believes that we need to maintain and expand our beautiful parks and trails, increase our open space, continue to provide positive skill building and socialization opportunities through recreation programs, and maintain our focus on prevention, intervention and educational programming for at-risk youth and their families. Dianna invites you to attend Commission meetings on the first Thursday of each month in Council Chambers at City Hall, at 6:00 p.m. in the evening, to share your concerns and ideas regarding Parks, Recreation, and Community Services. 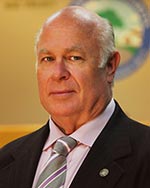 Don moved to the Newhall area of Santa Clarita with his family in 1957 at the young age of four. He is continually astounded at how our community has retained that small town feel despite our growth. Don has a long history of involvement in his community both professionally and personally. His businesses, AV Equipment Rentals and 24/7 Event Rentals are long time members of the California Rental Association and the American Rental Association. In addition, Don has been an active member in the Chamber of Commerce, winning Santa Clarita Valley Business of the Year in 1992 and Medium Business of the Year in 2001, 2002, and 2015. On a personal level, Don has been involved in a wide variety of service organizations including the Newhall-Saugus Lions Club where he served for 15 years becoming President in 1981/82. His involvement in youth activities has been his passion. He has both coached and managed baseball, softball, soccer, basketball, and football. Additionally he served as a board member for William S Hart Pony Baseball & Softball (President 1988-1991), Hart High Quarterback Club, Hart High School Cheer Boosters, and the William S. Hart Marching Regiment.

Currently he is set to start his 23rd year as a football coach at Hart High School and was recently appointed as a representative to the William S. Hart Union High School District Advisory Committee. Don has also become involved with the Career Readiness Collaborative, “Pathway to My Future”, a collaborative effort between the William S. Hart Union High School District, College of the Canyons, and industry partners in the Santa Clarita Valley. Don is supportive of expanding programs like the Youth Advisory Committee (YAC), the Santa Clarita Community Court Diversion Program, and other programs that focus on teen issues in Santa Clarita.

Don feels that it is important for people in the community to become more engaged and influence the direction of our neighborhoods. He is enthusiastic about becoming more involved in some of these very important projects and appreciates the opportunity to help guide the responsible growth of our city to the benefit of all residents. Don was an avid supporter of the open space initiative and would like to see an expansion of open space, as well as additions to our parks and trail system which he frequents with his wife Denise and their grandchildren.

Don is excited to watch his community grow. “This growth has provided countless others with a wonderful place to put down roots and raise their new families.” Future growth is a certainty. His focus is to maintain and expand this exceptional lifestyle we collectively enjoy here in Santa Clarita.

Kieran has been a resident of Santa Clarita since 1999. He and his wife, Stacey, have three young daughters who participate in the SCV community parks and recreation through numerous activities. He has always been active in the community as the president of the Santa Clarita Valley Jaycees, founder of the Brenda Mehling Cancer Fund and recipient of the Outstanding Young Californian Award in 2003. He also achieved the rank of Eagle Scout at the age of 13, one of the youngest on record in the history of the Boy Scouts.

Kieran works in technology as the Director of Sales for Status Not Quo, a software development firm in Santa Clarita. Working for a local family-owned company and raising his children in the community keeps him in touch with the needs of community as it grows and expands.

Kieran is an avid triathlete and enjoys the numerous amenities that the City of Santa Clarita provides. He is excited to introduce his children, neighbors and friends within the community to an active lifestyle, one that develops good habits for the long term. He is passionate about health and wellness and believes that a community, which is focused on this area of life, will continue to thrive and prosper.

With the continued investment in our city’s facilities and infrastructure, that helps children and adults to get out and be active, he believes that we can improve the quality of life for this generation and generations to come. 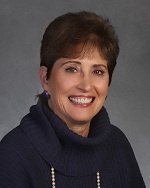 Ruthann Levison knows that Santa Clarita is the best place to live and raise a family. She and husband Mike moved to Canyon Country in 1983. They have two children and four grandchildren. Son David attended Canyon High School and CalArts, is married to Nicole, and they have two children. Daughter Deanne and son-in-law Chuck (retired head baseball coach at Canyon High School) have two sons.

Ruthann's first community involvement was to encourage trails and open space. She was very involved in helping to bring about Golden Valley Ranch as open space and as a result was also actively involved with the City’s successful Open Space Initiative. This led to her becoming active on the Santa Clarita Valley Trails Advisory Committee (SCVTAC). Ruthann served on the Site Selection Committee for the College of the Canyons facility in Canyon Country and currently serves on the Canyon Country Educational Center Advisory Committee. She has also focused her attention on emergency preparedness as a Board Director in her Sand Canyon Community, and works closely with the City and LA County Fire Department to coordinate with them on emergency events.

Ruthann became a Parks, Recreation, and Community Services Commissioner in 2006 and served as Commission Chair in 2009. She is very proud of all that the City has accomplished for the benefit of all our citizens in these past years.

As a Commissioner, her scope has broadened from “rural” to “urban.” She realizes there is still much work to be done for our growing community and looks forward to continuing to do her part in the process for the City that she loves.

If you have any questions or comments, the commissioners can be reached by email.