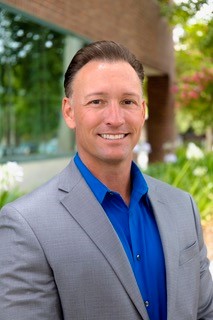 Ken has served as Department Head and Division Manager in several areas throughout his career and his experience has supported the City’s successful efforts in the opposition of the Cemex mega-mining project; the ongoing clean-up and reuse of the Whittaker Bermite property; the creation of economic development plans and programs, such as the award-winning Film program to strengthen the local economy throughout the recession; and the assumption of library services from the County of Los Angeles in order to provide enhanced local services while decreasing operating costs and resident fees.

Throughout his career, Ken has played an integral role in the fiscal and organizational success of the City of Santa Clarita. Working with the City Council and staff, Ken has helped to ensure the City delivers an on-time and balanced budget each year. These efforts resulted in multiple bond rating upgrades over the course of the Great Recession, including the highest rating of AAA by Standard & Poors in 2012, which the City continues to maintain. The City has also been recognized for its excellence in budgeting by the California Society of Municipal Finance Officers. Ken’s conservative fiscal planning has helped ensure the City is able to consistently provide essential services, while adding new offerings and meeting new demands.

Ken works closely with the Los Angeles County Sheriff’s Department and the Los Angeles County Fire Department to address local issues, develop targeted programming and implement strategies that support the high quality of life in Santa Clarita. Some of the City’s successes to date include: the addition of several new fire stations to meet the community’s growing needs; the development of the Sheriff Zone Program, which monitors and addresses community-specific crime trends and issues; and an overall effort to help Santa Clarita consistently lower annual crime rate statistics, which were at their lowest ever in 2019.

Ken has served as Personnel Officer for the City, overseeing all human resource activities and acting as the City’s labor negotiator. He has worked with staff to develop a successful workforce development plan and an award-winning mentoring program, which was recognized by the League of California Cities with a Helen Putnam award.

Ken is the recipient of the John H. Nail Award from the League of California Cities for his work as an outstanding assistant City Manager. He has served on several local boards throughout his career, including the Michael Hoefflin Foundation for Children’s Cancer and the Santa Clarita Valley YMCA. Ken is serving as the 2019-2020 California City Managers Foundation Board of Trustees President and is also a member of the County of Los Angeles Contract Cities Liability Trust Fund Claims Board.

Ken holds a Bachelor of Arts in Political Science and a Master of Public Administration from California State University, Northridge, as well as a Doctorate in Organizational Leadership from Pepperdine University. Ken and his family enjoy an active lifestyle and participate in baseball and football programs in the community.

Frank Oviedo brings to Santa Clarita 15 years of experience in city government with a number of successes.  During his career, he has worked in every city department in three cities, with a steady progression of management responsibilities in local government.

While in Santa Clarita, Oviedo worked as a management analyst for the parks and recreation department, as well as serving as interim parks superintendent and as a management analyst in the City’s finance department.  As deputy city manager and assistant to the city manager in Elk Grove, he worked on the city’s budget, as well as with human resources, the police department, led various contract negotiations including complex trash and transit contracts, and with the City’s old town revitalization project.

Frank Oviedo earned a Bachelor’s degree from Fresno State and a Master’s degree in Public Administration from Arizona State University.  He is a member of the International City/County Manager Association, the California Society of Municipal Finance Officers, and the Government Finance Officers Association.  He is married with two children and enjoys marathon running, trail running, sea kayaking and international travel.