The City of Santa Clarita is the third largest city in Los Angeles County. Nestled between the San Gabriel Mountain Range to the east and the Santa Susana Mountain Range to the west - Santa Clarita is located just north of the San Fernando Valley, 30 miles from downtown Los Angeles, and 40 miles east of the Pacific Ocean. The total area of the city is 64.41 sq. miles and includes the communities of Canyon Country, Newhall, Saugus and Valencia. 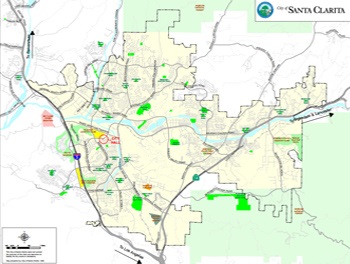 Since incorporation in 1987, thirty-two communities positioned adjacent to the City have annexed into the City of Santa Clarita, adding a total of 18.1 square miles to the City. Population has increased from 110,642 in 1990 to nearly 216,000 as of December 2014. This increase in population can be attributed to the aforementioned annexations, birth rates and residents moving into Santa Clarita.

The Santa Clarita housing market has been robust with nearly 20,000 units being obtained through either subdivisions or annexations in the 1990's. Census 2000 data shows family households make up 75% of the 52,442 units within the city, while 47% of total housing units contain children under 18. The average household size has increased from 2.84 people in the 1990 Census to 2.95 people. Average family size has increased from 3.25 people to 3.38 people over the same period. 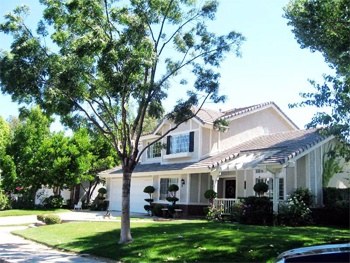 Overall, percentage of owner-occupied units has fallen from 75.7% in 1990 to 74.7% in 2000 as renter-occupied units has increased from 24.3% to 25.3% during the same period. This trend shows the changing diversity among housing types within the City to offer a variety of available housing units to the community.

The changing of the City of Santa Clarita in its area, racial distribution, aging population and housing diversity demonstrates the City is coming of age. The 1990 Census served as a benchmark, insofar as 1990 was the first Census that occurred during incorporation of the City of Santa Clarita. Data collected in Census 2000 will serve as a starting point for comparisons and continued long range future planning.