September 2019 - The City was awarded the Outstanding Employer Award by the California Internship and Work Experience Association (CIWEA).  CIWEA is California's leading professional association for educators and employers dedicated to supporting internship and work experience programs in higher education.  For the past several years Building & Safety has teamed up with College of the Canyons to implement a building inspection Internship program.

February 2018 - Two Building Inspectors were recently recognized by the Santa Clarita City Council for outstanding achievements above and beyond their normal job duties:

Building Inspector Charlie Allen was performing a roof inspection when he heard the distant sound of a smoke alarm. He tracked the sound to a home on a nearby street and observed signs of a fire in an upstairs bedroom. After contacting the Fire Department and Sheriff, Inspector Allen helped rescue the family's dog from the home. Without Inspector Allen's keen perception and responsiveness, the house would likely have been a total loss. In addition, Inspector Allen served as a Disaster Service Worker during the Tubbs Fire in Santa Rosa. 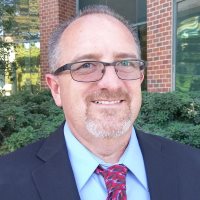 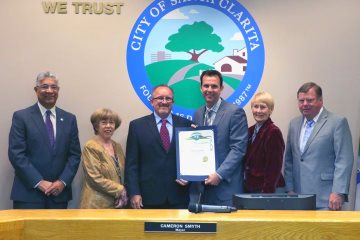 Building Inspector Chris Burgess was deployed to the City of Ventura during the Thomas Fire - the largest wildfire in California history. Inspector Burgess is certified by the International Code Council and the California Governor’s Office of Emergency Services as a Disaster Service Worker. During his three-day deployment, Inspector Burgess performed safety evaluations of 105 homes so residents could return as quickly as possible. He also documented the effectiveness of Building Codes in protecting homes from wildfires, and developed a presentation for other City staff. 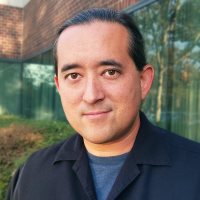 The Los Angeles County Economic Development Corporation (LAEDC) has recognized the City of Santa Clarita as the "Most Business-Friendly City" of 2016. The City was praised for our collaborative approach which "...cuts through red tape, streamlines permits, and ultimately provides more efficiency for local businesses." Building & Safety is proud to enforce the City's Building Codes in a manner that achieves compliance, while also providing expeditious, fair, and flexible service to our customers.  The City of Santa Clarita was the winner of this award in 2008, and a finalist in 2006, 2007, 2014, and 2015.

NOTICE:  All single-user restrooms shall be designated as unisex (i.e. "all-gender").

California Health and Safety Code Section 118600 states: "All single-user toilet facilities in any business establishment, place of public accommodation, or state or local government agency shall be identified as all-gender toilet facilities by signage that complies with Title 24 of the California Code of Regulations, and designated for use by no more than one occupant at a time or for family or assisted use."  Click here for a useful information bulletin from the Division of the State Architect (DSA).

Many areas of the Santa Clarita Valley are located in hillside areas prone to erosion or mudslides during periods of heavy rains. Uncontrolled erosion can often lead to major slope failures and significant property damage.

Effective immediately, permits issued through Building & Safety will receive a 12x18 placard that must be placed prominently at the primary entrance to the work site or in a prominent location visible to the public. City inspections will only occur at sites with this sign posted in public view. Please see the attached placard sample. For more information, contact Building & Safety.

Effective January 1, 2010, plumbing fixtures or fittings intended to dispense water that may be used for human consumption, which contains more than 0.25% lead, are not permitted to be sold or installed anywhere within the State of California. Please see the attached handout for additional information.

The Americans with Disabilities Act (ADA), which came into effect on January 26, 1992, is a federal civil rights law that prohibits discrimination against people with disabilities in everyday activities. All businesses, even those that do not serve the public, must comply with these federal ADA Standards regardless of whether the building is/is not being remodeled, renovated, or altered. New buildings and existing buildings that are being remodeled, renovated, or altered must also comply with the state accessibility requirements in addition to the federal ADA Standards. The City of Santa Clarita only enforces the state accessibility requirements. The federal ADA Standards are enforced by the Department of Justice. For more information, please visit the Department of Justice ADA Business Connection page at http://www.ada.gov/business.htm