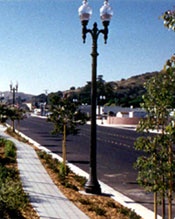 The City receives numerous requests for improvements each year. Engineering staff organizes all requests into a logical format. Staff can then evaluate the pros and cons of each proposal and recommend appropriate projects to be included in the City’s Capital Improvement Program, utilizing available funds.

If you feel there is a need for a specific project, please do one of the following:

The City of Santa Clarita, in collaboration with the County of Los Angeles, is excited to announce the construction of the new Sheriff’s Station facility is underway. The existing station, currently located at 23740 Magic Mountain Parkway, was built in 1972. Since then, the population has increased and extended to the eastern and northern areas of the Santa Clarita Valley.

The new Santa Clarita Valley Sheriff’s Station will include a 46,552 square foot main station building and detention facility, along with a 4,165 square foot vehicle maintenance facility, a communications tower and a helipad. The facility will be centrally located on City-owned property on Golden Valley Road, between Centre Pointe Parkway and Robert C. Lee Parkway.

The construction of this project was divided into three phases: Phase III A, III B, and III C.
In June 2018, the City Council awarded contracts for Phase III A, which consisted of Onsite Grading and Improvements. The onsite pad grading and retaining walls, drainage improvements, traffic control and demolition are now complete. In January 2019, the City Council awarded contracts for Phase III C, which consists of Offsite Improvements. Construction of the Golden Valley Road improvements have started, including street modifications, median modifications and the extension of utilities to the project. In May 2019, the City Council awarded the contract for Phase III B, which consists of Onsite Vertical Construction. The Notice to Proceed was issued on June 20, 2019, and the construction of the Sheriff’s Station building, detention facility, helipad, parking and landscaping is underway.

The new Santa Clarita Valley Sheriff’s Station is expected to be operational in early 2021. 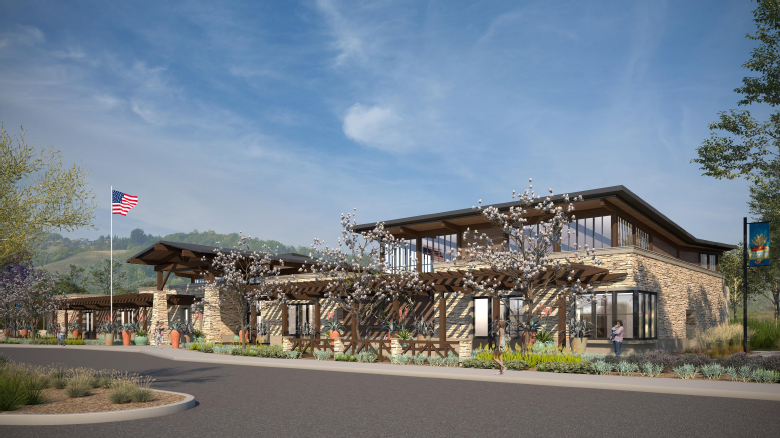 A new and larger community center is coming to Canyon Country! The existing community center in Canyon Country is located on Flying Tiger Drive at Sierra Highway. This small but mighty site was intended to be a temporary location until a permanent and larger facility could be built for the surrounding community. Work is underway to prepare the site for the new Community Center.

The new Center will be built on a city-owned six-and-a-half acre site located near the intersection of Soledad Canyon Road and Sierra Highway.

A brief speaking program featuring the City Council and project partners will be followed by the official opening of the play area, when those of all ages and abilities will be able to explore the variety of elements in the expansive western-themed space for the first time. The Inclusive Play Area includes a number of features suggested by residents throughout the public input process, including a dual-track inclusive zipline, sensory friendly elements, accessible connections to existing facilities and large shade structures to protect visitors from the elements in the summer months.

The play area provides opportunities that welcome everyone, regardless of age or ability, to play, learn and grow together. The result is a place where residents and their children can go to have experiences that promote integrated play for all and develop physical, cognitive, sensory and social skills.

For more information about the Inclusive Play Area at Canyon Country Park, please contact Elena Galvez at (661) 255-4911 or egalvez@santa-clarita.com.